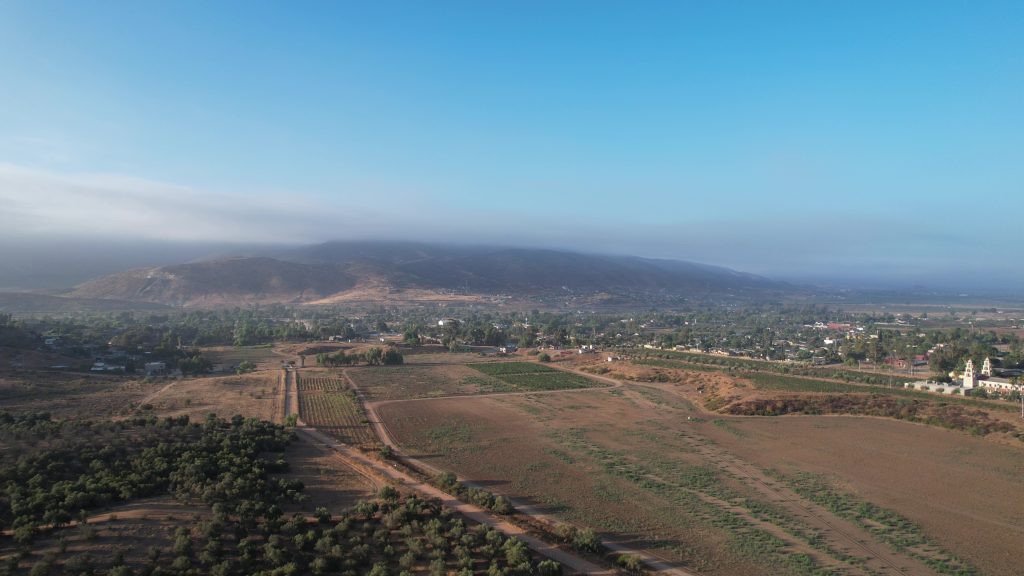 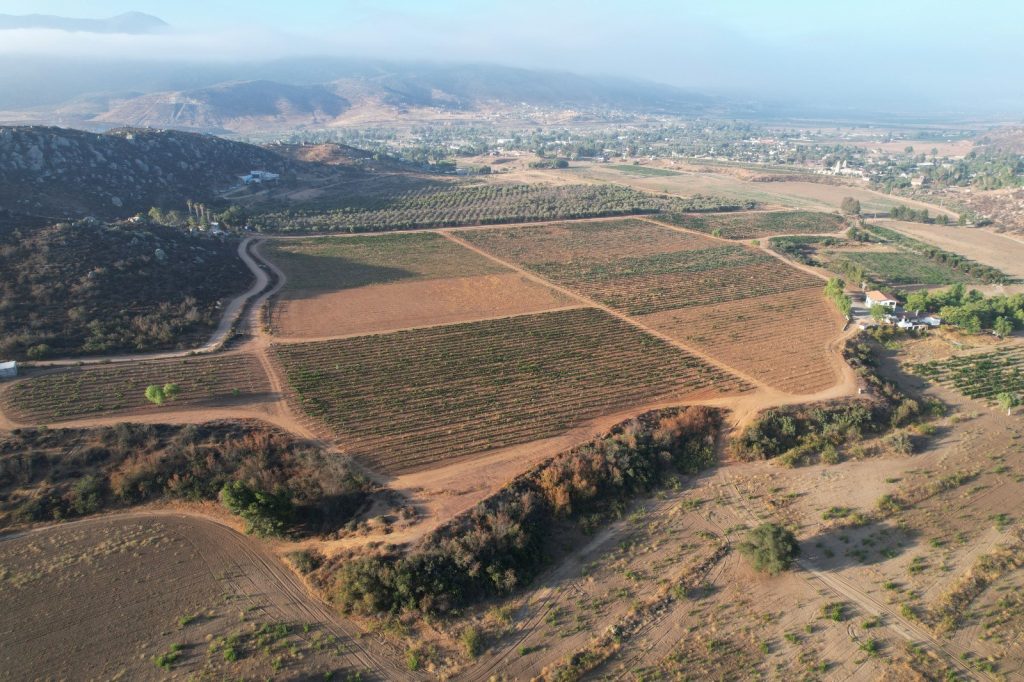 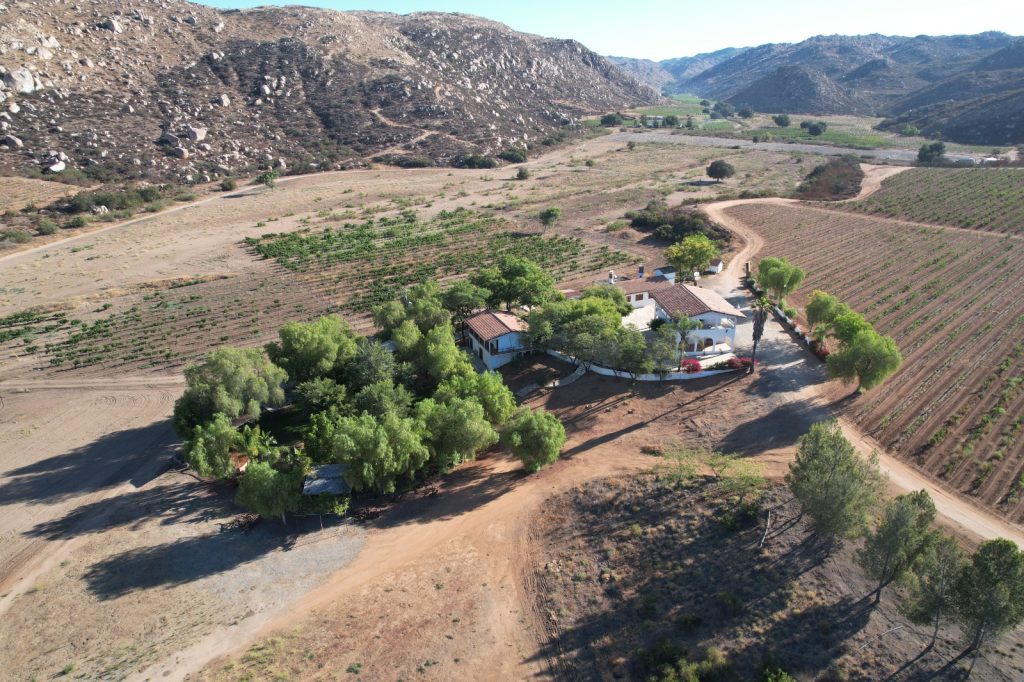 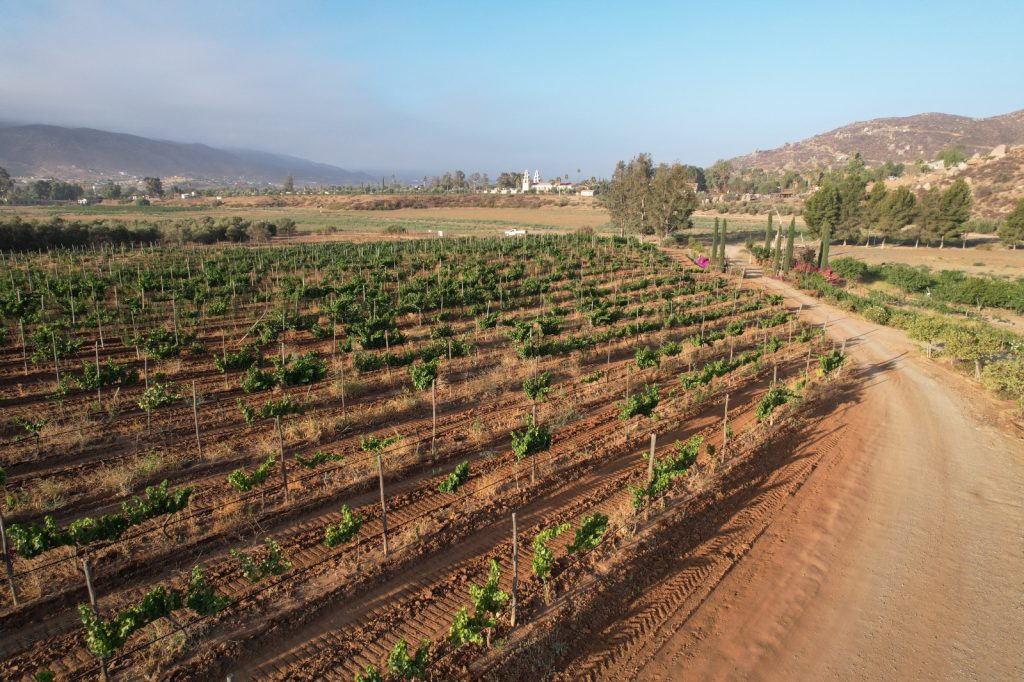 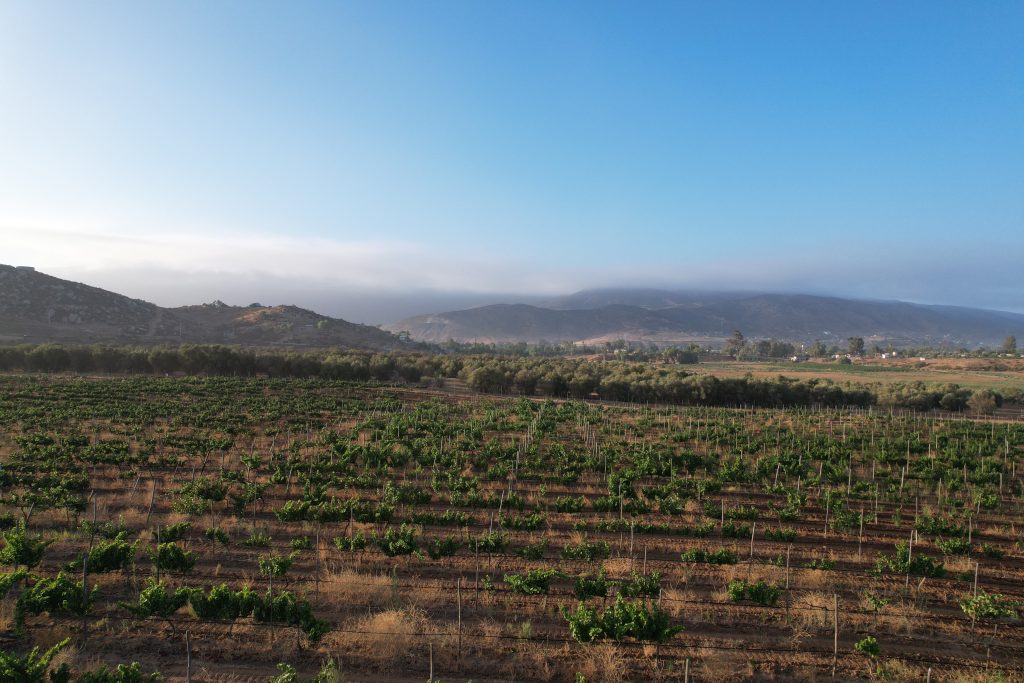 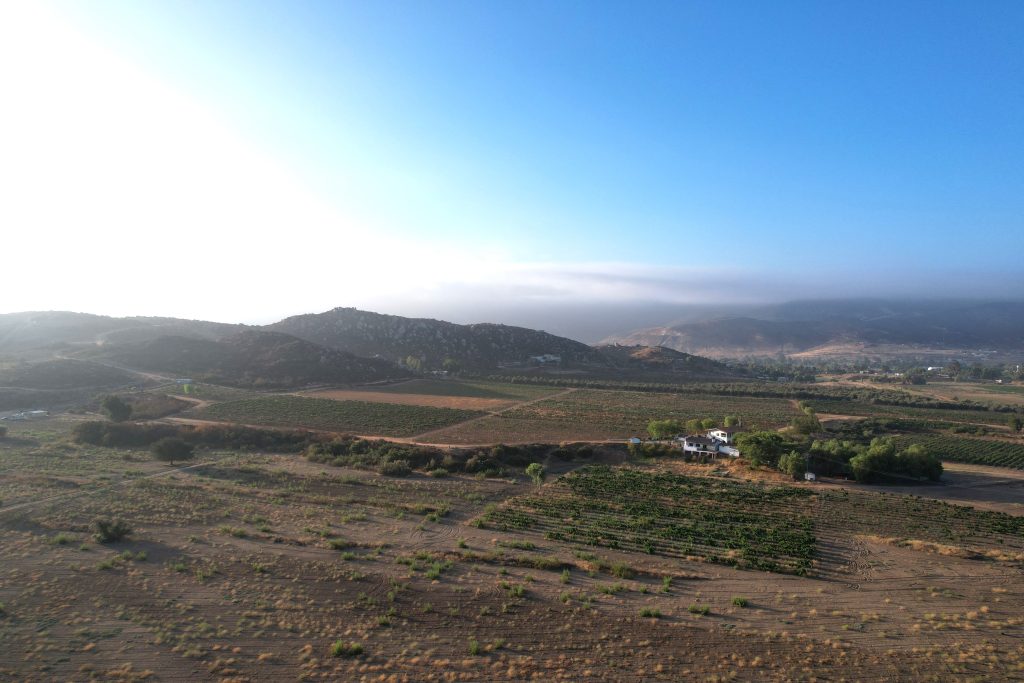 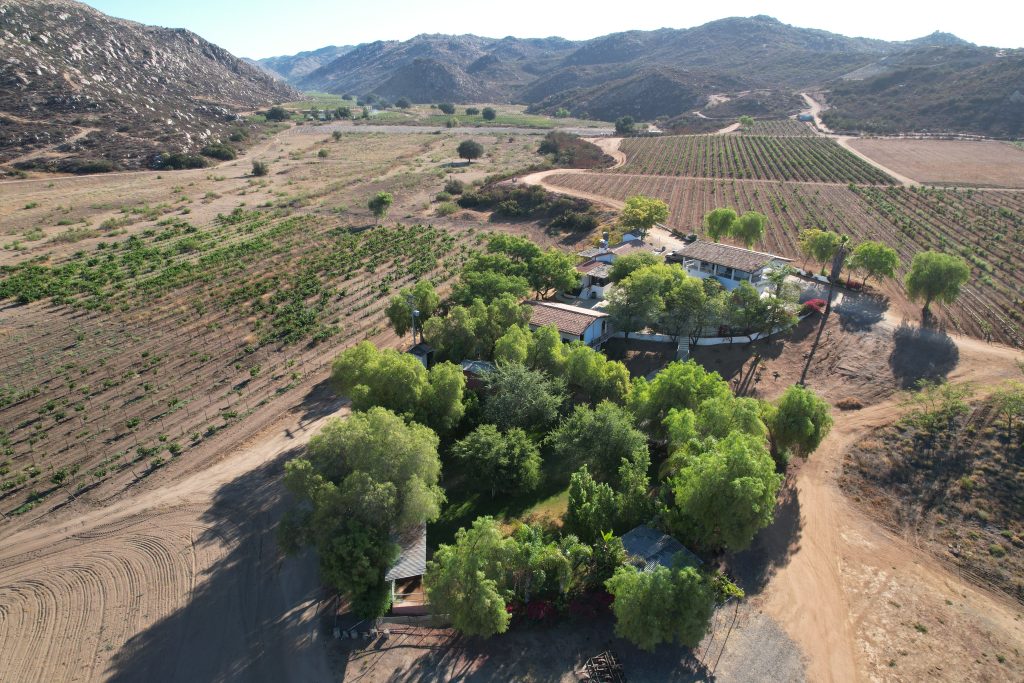 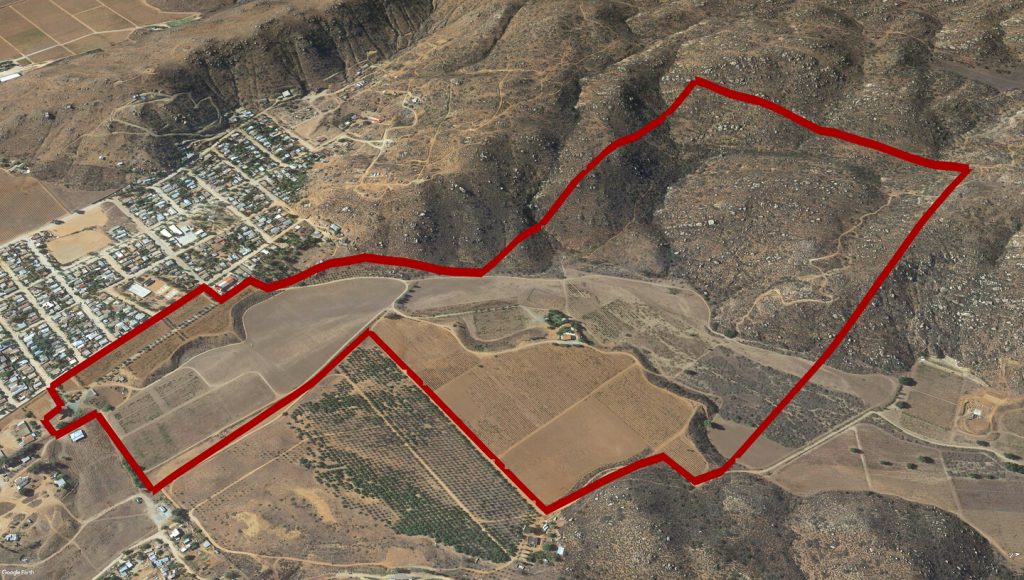 • 2 certified wells with rights to 240,000m3/year and substantial underground water supply to meet capacity. Underground irrigation running throughout entire 50+ hectares of easily farmed land with drip irrigation to existing vines.
• With a great record of producing critically acclaimed wines and highly sought-after grapes, Viñedos Malagón is the perfect vineyard for a large hospitality group to use to produce its own estate wines. The vineyards currently produce approximately 62 tons of seven grape varieties: Petite Sirah, Sauvignon Blanc, Grenache Blanc, Merlot, Nebbiolo, Grenache, Chardonnay, Cabernet Sauvignon, and Cabernet Franc. A large section of the vineyards contains some of the oldest vines in Valle—an award-winning Grenache is produced from these older vines.
• World-class location for up-scale hotel, restaurant, and/or residential development, which, mostly thanks to the incredible setting of the existing hotel that has resulted in 4.8 rating on TripAdvisor (#5 out of 205 places to stay in Valle). Malagón is also surrounded by some of the best wineries in Valle, has a church for weddings and services immediately adjacent that was donated by Malagón, and is located in a small village off a paved road and near the main highway, making it very accessible and convenient for guests.
• The existing boutique hotel consists of 5 buildings with 4 suites, 6 bathrooms, separate common house with kitchen and living room, and an adjacent second tasting room and event space. While simply furnished with a rustic feel, it is a spectacular place to stay.
• The owners pulled substantial power to the hotel site in the middle of the property decades ago, and they built a large septic system that could support a much larger hotel. It also has plenty of water storage with underground piping to the site. These entitlements, improvements and in-place infrastructure could potentially save years in the development of a new hotel and winery on the site.
• The real estate has been owned by a private individual for more than 20 years and in the same family for over 60 years. A portion of the property (mostly on the hillside) is “posesión” land that is in the final stages of being transferred to fee simple ownership. The winery is separately owned in a Mexican corporation that is not included in this sale, but it could be added if desired.

Conveniently located, the winery is a 90-minute drive from the border in San Diego and about 30 minutes from Ensenada.

Reply to the listing 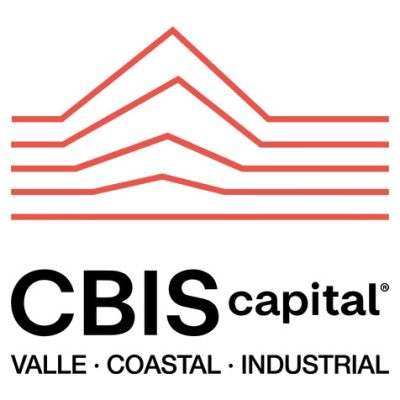 Defined by the confluence of two year-round creeks, the Wild Iris Retreat accentuates the most notable attributes of Anderson Valley. The approximately 300 a...

Restaurant & Winery For Sale in the Shawnee Hills A.V.A - Brixwood by Feather Hills